I am currently reading a new book by Jeff Zentner. It is called In the Wild Light, the book came out a couple of months ago, and I finally got my copy. Zentner is one of my favorite authors so I cannot wait to read it. Book review soon. 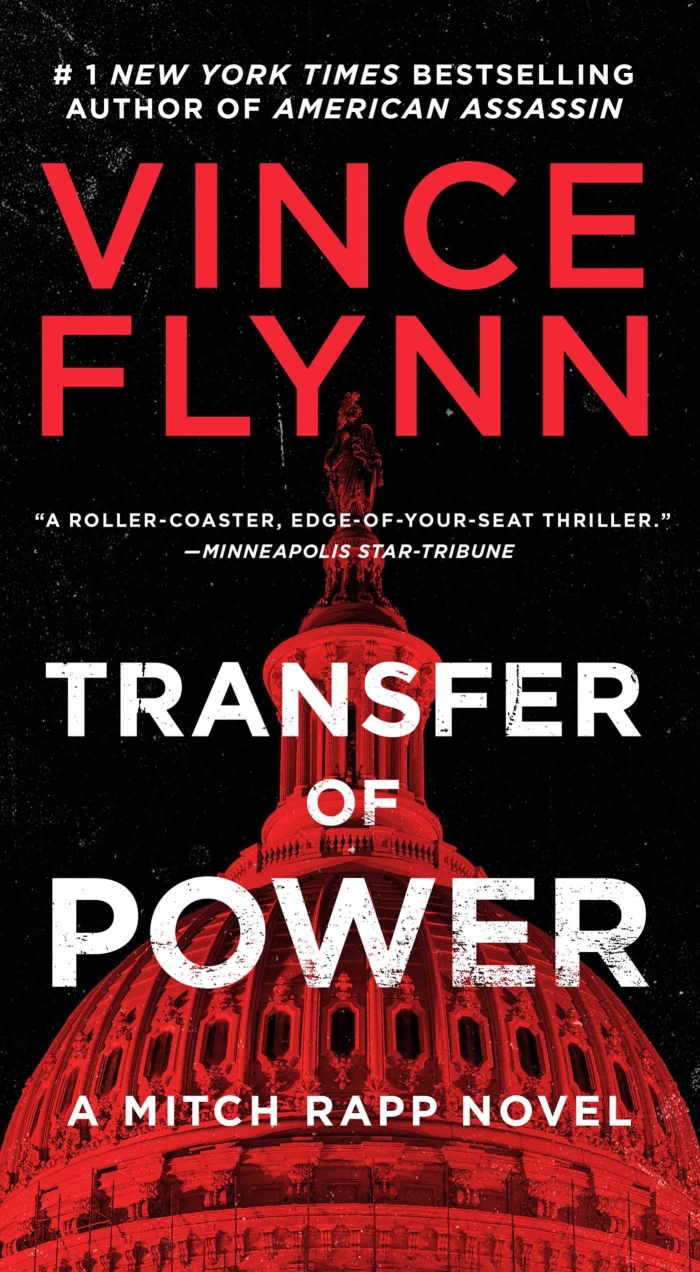 I have started reading a new book. Transfer of Power, by Vince Flynn. I have never read anything by him before so let’s hope this is good. Book review soon.

“If you’re going to live, you might as well do painful, brave, and beautiful things.” That is the quote that is on the cover of Jeff Zentner debut novel The Serpent King.  The Serpent King is the story of three high school seniors doing their senior year, and the things they must deal with from family, college, and themselves. The novel is told from three main characters Dill, Lydia, and Travis point of view.

The story starts off and end with Dill, who is the main character out of the three, and it tell the story of his family. Dill comes from a line of snake handle preacher. His dad was one, and his dad’s dad was one. Dill father is currently in prison for a hideous crime. Out of all the three, Dill must have the most uphill climb out of all the characters. His struggles with his family, his story was the one that I related to most. Not all his stuff, but majority of the stuff with college. It was close to home for me. His characters make you feel as if you have known them forever.

I am not going to give much away about the book, but if you live or grew up in the south then this book is for you. The stories about hit home for they are awfully familiar. There is a part in the middle of the book that I was not prepared for, and it change the whole dynamic of the story. I know this story well.  Spoiler ahead so read at your own risk.

As the story starts picking up one of the main characters is killed, and it is such a powerful and emotional scene that it completely changes the theme of the book in my eyes, about life. It shows how much life matters, and how death can bring things into perspective that we do not always understand. You also get to see how different people deal with grief when it hits close to home.

As a person who has not read many books in the last 10 years, this was one of the best ones, to dip my foot back into the water.

If you were to ask person today who Mr. Sidney Poitier is, most might know who he is, but Poitier is the first African American man to receive a Best Actor Academy Award, for his work in Lilies of the Field. Percival Everett is a Professor of English at the University of Southern California, and the author of Erasure, Assumption, and Percival Everett by Virgil Russell. His 2009 novel, I am Not Sidney Poitier, tells a story about a person who is living in Poitier’s work. Everett who grew up in the south uses his experiences with racism to tell a story that sometimes goes unnoticed.

The novel I Am Not Sidney Poitier, is about a boy named Not Sidney Poitier. The book opens with how he got his name, and how he becomes an orphan after his mother’s death, and the impact of what happens to him after she dies. Not Sidney is originally from California, but moves to Atlanta to live with Ted Turner, (yes that Ted Turner). He was an old friend of his late mother. This is the beginning when you will start to notice some of the iconic roles of Sidney Poitier throughout the novel.

Throughout most of the book, Not Sidney is compared to Sidney Poitier through some of the characters he played, and with real life people like Ted Turner to Gladys from Morehouse college. The real Sidney Poitier is not directly in the novel, but he plays critical roles throughout. The purpose of Poitier being in the novel, is to almost to trick the reader to thank that it is Poitier. Though we know that it cannot be true, there are times that the story does seem to imitate life.

There are a couple of scenes in the novel that resembles several of Sidney Poitier’s films. There is one scene from the movie Guess Who’s Coming to Dinner. Unlike the movie, the family is an upper-class black family. This upper class black traditional family does not think that their daughter should be involved with somebody of Not Sidney’s skin tone, until they realize that he is rich. There are some black people that believe the lighter the person skin tone is the better or more successful the person. Race is a factor throughout the novel, but it mostly involves whites against blacks, and this is the rare occasion where blacks are pitted against each other. The time frame of the novel is confusing at times, there are times in which you think you are in the 60’s and 70’s (which Poitier had his great success) or in today’s world.

If you are not familiar with any part of Poitier’s work, then you will get a bit confused at some of the scenes. The novel tends to jump around a lot, especially with time. Everett has a way of making a person think that they are in one period, but in the next second, they are not. There is one scene where Not Sidney’s is on a farm plantation, but though it is explained in the book as a dream, it still is very confusing.

The beginning of the novel, Not Sidney is arrested for being black. As it turns out in today’s society, that is a common occurrence for black people. Being black and living in the south can be a person’s worst nightmare. A majority of the novel, Not Sidney lives in Atlanta, but the minute he steps over that county line outside of Atlanta, he learns what it truly means to be black in the south.

In Everett’s fictional Peckerwood County, where being black is considered a crime. “This here is Peckerwood County, boy. And you’s a nigger. And it’s a crime if I say it is.” This was said about officer George; this is also where the time frame of the novel can get a little confusing. The way in which the officer is speaking makes it seem like they are in the 60’s, but they are not. As it turns out, Peckerwood is not a real county in Georgia, but Smuteye is a real town in Alabama. It is located in Bullock County which is west of Montgomery.

Thus I would declare that I Am Not Sidney Poitier is a great novel.  It, not a typical novel to start with, the use of real life people and the satire of it all, but Everett has a way of making the reader think that they are in one place, but then he takes you a whole other direction. If you are a fan of Sidney Poitier and his work then this book is for you.

Racism is poignant throughout the novel, and it comes in from all angles. Not just from whites against blacks, but also blacks against blacks. Racism is a hard topic for some people to talk about, and Everett doesn’t shy away from it. There are times where racism can cut deep, and Everett tries to show how blacks can discriminate against by their own, just as bad as whites can.  Thought one of the underlining things throughout the novel is the power of money. Money can solve a lot of people’s problems. For example, in the novel, when Not Sidney wants to go to college he buys his way in. Then when he runs into the Nuns, he uses his money to get away from them.

With racism being what it is today, this would be a perfect time to read this book. There are a lot of senseless acts of violence that is going on this book can help shed light on. From the Eric Garners to the Trayvon Martin’s of the world this book can help that. There is a scene in the book, in which Not Sidney’s character is accused of murdering someone just because he is black, and since he is not from the area, they try to send him to jail.

Something that can take away from reading this novel is the conception of reality. There are times in which we can get lost in our lives. We tend to let people think that we are something, but in reality, we are not. Everett plays on that for a majority of the novel. It makes you think is he not Sidney Poitier or is he? Identity is not just someone’s name, it is who they are from the inside, it is who we are.